A Gift From Greenies!

Check out what my pals over at Greenies sent me! A bag of Feline Greenies Dental treats and a very sweet note! I feel like a very lucky kitty to be friends with the Greenies people. Thank you Greenies! 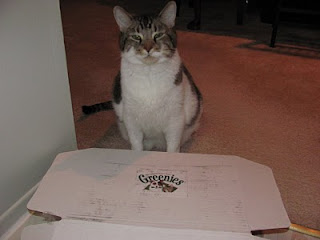 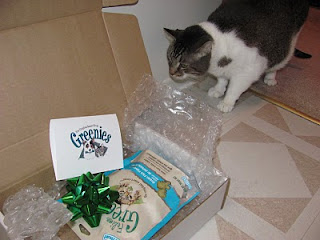 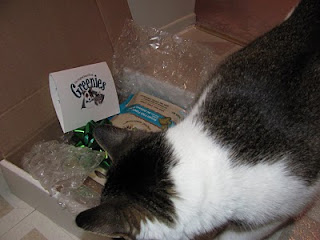 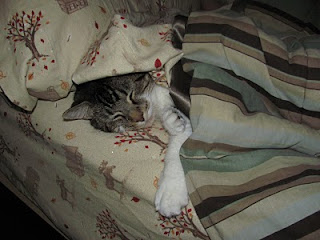 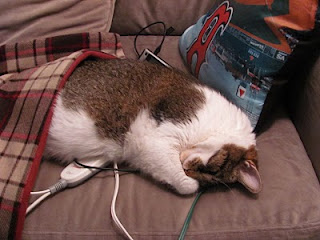 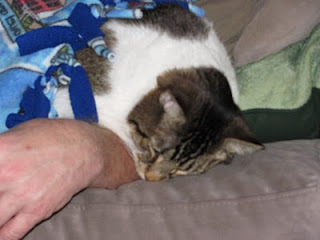 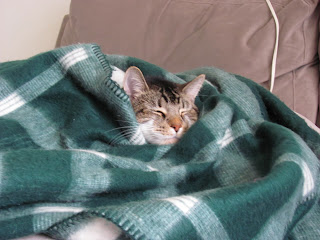 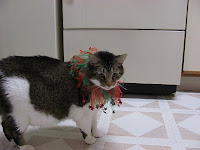 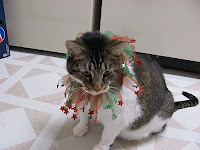 Well, of course, my first job is just like any other kitty out there. I'm here to take care of my humans-and it's a never-ending job! I cuddle and purr and warm laps day after day. I take my job very seriously, too. Purrsonally, I love my job and get tons of enjoyment from it.

I do have another job though. That job is to be an ambassador for homeless pets. You can always see a slideshow running on the side of my bloggy with pictures of adoptable pets at Wayside Waifs here in Kansas City. Sometimes I write a special blog for one of the animals at the shelter and I have written a couple of guest posts for Wayside Waifs as well. 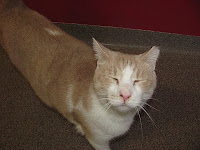 Anderson is awaiting his forever home at Wayside Waifs. I know how important it is to help get homeless pets adopted, my days at the shelter are still fresh in my mind. I hope that I can do some good in my little part of the world, whether I have helped a pet find its forever home or inspired another kitty to be an ambassador too.

Readpawty Review of Murder Past Due

Murder Past Due by Miranda James is one of the books I read for the upcoming #readpawty on Twitter. It is a cozy mystery written under a pseudonym. The author's real name is Dean James, author of the Simon Kirby-Jones mystery series. For this series, Cat in the Stacks, James took on a female name.
In "Murder Past Due" Charlie Harris is a librarian who takes his cat, a Maine Coon named Diesel, with him everywhere, walking him on a harness and leash. An old classmate, Godfrey Priest, comes back to town to be honored for being a best-selling novelist, but ends up dead-the victim of a brutal murder. Charlie is asked by the lead investigator's mother to poke around for information to help her daughter solve the case. As it turns out, the investigator doesn't really need the help and Charlie (already on her bad side) seems to only irritate her.
The story has several potential killers, all with motives to murder the not-so-nice author. There are a couple of twists, but nothing that is all too surprising. Diesel is ever-present throughout the story, greeting people and hanging out with Charlie.
The most noticeable difference between this cozy and others I have read is that the main character is a man. Typically, the antagonist is a woman in cozies, so this was a change. Also, the main character didn't actually end up solving the crime in this book. It was nice to have things mixed up a bit from other cozies I have read, instead of the same format I have read previously.
If you are a cozy mystery fan, you will probably enjoy the book. I know I did!
Posted by Sebastian at 10:32 PM 1 comment: