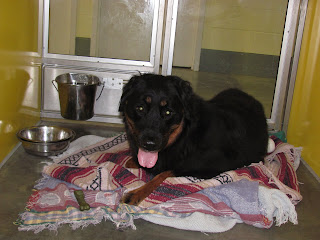 It's the third day of Adopt a Less Adoptable Pet Week and I'm writing about another doggy that I want to #BeTheChange for. His name is Capone and he's a 7 year old Rottweiler mix. He's available for adoption at Wayside Waifs in Kansas City and has been waiting for his forever home since early June. He's got a great video! Check him out in action!

Capone could be considered less adoptable because of his breed, his coat color or his age. But after watching his video, his age clearly isn't a problem! He's as active as a puppy! His former family had glowing things to say about him: 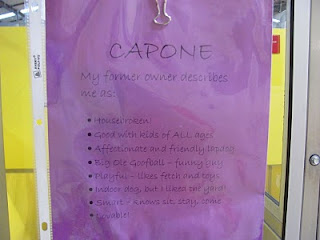 Doesn't Capone look like he would make a great pet? I think so and so does Mom. In fact, she said if we had a house, we would adopt him ourselves. *sigh* I guess he'll have to make a fun pal for someone else.
Posted by Sebastian at 12:00 AM